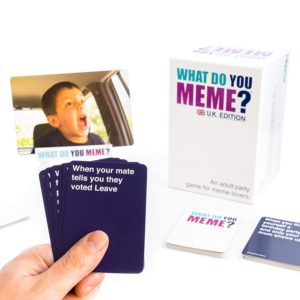 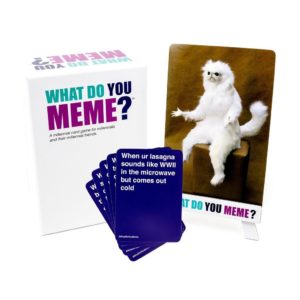 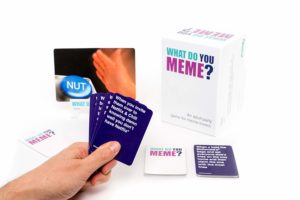 Fog of Love: Lose Yourself with Someone

Every day people meet, fall in love, and enter into the hard work of making their relationship last. Any lovebirds looking to play a fun game full of love and optimism need look no further than Fog of Love. Playing Fog of Love is like being the romantic leads in your very own rom-com, dealing with all of the ups and downs of making love work. Similar to the real world, Fog of Love forces you to follow your own dreams while trying to do the best you can for your partner. Will you make it through with your relationship intact?

Fog of Love begins with the two players choosing a scenario, which consists of several fun scenes that your characters will have to work through in their efforts to find happiness and true love. Once the board has been set, each player will create their own character by drawing different cards. Trait cards will determine different aspects of your personality—are you cocky or sensitive? Are you an extrovert? Whatever you draw, you’ll keep these to yourself throughout the game.

Players will then draw occupation cards to determine their career, which they’ll reveal at the same time. Not everyone can have the romantic job of bookstore owner—you may have to settle for a boring banker or disgruntled parking attendant. Players will then draw feature cards, which they’ll assign to the other character. These represent what drew you to your partner, whether it was their cute little glasses or intriguing scar.

Some of the most memorable moments from Fog of Love come from the wild things you come up with during the role-playing portion of the game. Once you’ve created your character, you’ll then be given a chance to role-play that character by introducing yourself to the other person. Feel free to be as imaginative as you can without revealing the secret traits that drive you!

Fog of Love is notable in that the end of the game may result in one, both, or neither players winning the game. Players will have to draw different scene and destiny cards that will determine whether or not their relationship will make the final cut. Scene cards will represent different crazy situations the two lovebirds find themselves in during the game, while destiny cards will represent the end of game goals you’re shooting for. These goals usually involve achieving a specific level of happiness, getting your personality dimension to a certain score, and whether or not you ultimately want to stay together or break up.

Fog of Love has a number of meet-cutes and hijinks that your pair of lovers can get into throughout the course of the game, and the expansions only add to the crazy factor. With the It Will Never Last expansion, you’ll deal with 24 new feature cards that make your characters even less compatible than they already were. The Paranormal Romance adds 24 new occupation cards to be used in any story, while the Trouble With The In-Laws expansion throws a new wrench in the mix as you have to appease your partner AND your parents!

Can You Withstand The Fog Of Love?

Fog of Love is a 2-player game, usually best suited for couples. However, friends can easily find joy in the premise and in the fun role-playing aspects of the game. Fog of Love is suitable for ages 17 and up, mostly due to the adult situations that these characters find themselves in time and time again. Playing time also lasts between one to two hours, so it’s the perfect game for an anniversary or a romantic night in.

If you’re a die-hard fan of romantic comedies, you’ll love the cute scenarios and wild romance you’ll find in Fog of Love. One of the best parts of the game is the way it gives you the opportunity to role-play a completely different person than you are in real life. Even the best boyfriend in the world may find his character tasked with the secret agenda of being a ruthless heartbreaker! With Fog of Love, anything is possible.

Pucker up to the possibilities!

Cards Against Humanity markets itself as a party game for horrible people. While you don’t have to be horrible to enjoy it, Cards Against Humanity certainly brings out the black humor in spades. Choose from a selection of risqué and darkly comic cards to make jokes that will have Grandma clutching her pearls.

Rules Of The Game

To begin, every player draws ten white cards. Each round, one person (the Card Czar) picks a black card to be read aloud. To choose the first Card Czar, rules of the game dictate that the last person to poop is the first to go. This sets the tone for the rest of the game, as you’ll soon discover. The black cards are usually a question or a fill-in-the-blank phrase. Black cards can be as tame as “What ended my last relationship?” or as suggestive as “What is Batman’s guilty pleasure?”

Each player (except for the Card Czar) anonymously plays one white card, from which the Card Czar chooses the winner. Every time you win, you get one Awesome Point, and a new player becomes the Card Czar for the next round. The winner of the game is the person who collects the most Awesome Points.

This game is not for the faint of heart, but it’s wickedly popular for a reason. It’s definitely the most memorable card game you’ll play with friends or family. Cards Against Humanity will have you laughing until you cry.

You can feel that pull to get this game, right? Buy it now…. (Jedi hand wave)