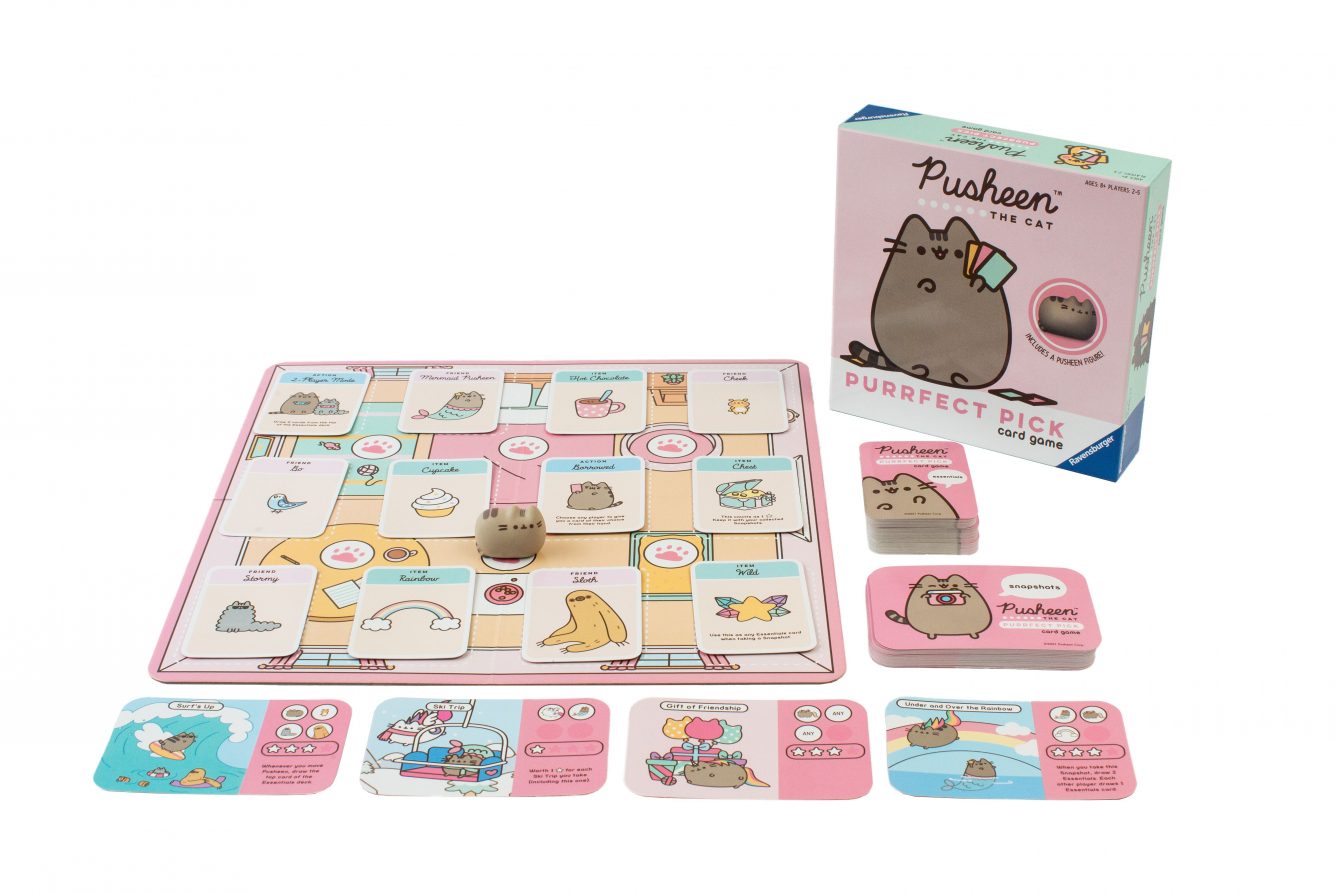 We all know Pusheen: that fluffy, round cat on the Internet who always seems just a little too cute for her own good. Pusheen is a cartoon cat that’s made her way through comic strips, pranced across social media, and even been sold as plush toys and vinyl figures. And now, just when you thought Pusheen couldn’t get any cuter, she has her very own card game.

Pusheen Purrfect Pick is a game that involves planning the purrfect weekend for the cutest cat on the Internet. In this kooky card game, players will move Pusheen around the board and collect essentials as she pounces around, having a total blast. You can either play in Pusheen’s house on one side of the board or flip it over to play in the park. Whether you’re a longtime fan or you’ve never heard of Pusheen, Pusheen Purrfect Pick is a card game that lives up to the cuteness of its lead character.

Getting The Perfect Snapshot

In Pusheen Purrfect Pick, players attempt to collect cards on the board in order to fill the different objective Snapshot cards. Each Snapshot card has a different point value, with specific cards required to claim them. Turn by turn; each player will take the Pusheen figure (which is just as cute as can be) and place it on the board next to four cards.

These cards can be anything from friends like Pusheenicorn or Dragonsheen, items like gems and cupcakes, or action cards that allow you to take special abilities. As soon as a player has collected what they need to win a Snapshot card, they can claim the card and tally those points toward their overall score. The first player who collects ten stars is the winner of the game!

Don’t let the adorableness of Pusheen fool you–this is a game of strategy and tactical consideration. You’ll have to decide which objectives to pursue in your quest to win the game and beat out your fellow players (who said Pusheen couldn’t be cutthroat?). You might want to move fast by winning low-scoring objectives that don’t need very many cards to accomplish. Or, if you’ve got your eye on one of the Snapshot cards that earn you higher points, then you might want to wait to collect all of the different cards you need.

One of the things that make Pusheen Purrfect Pick so enjoyable is its stunning game design. Each card features a bright illustration of everyone’s favorite tubby Internet cat and her friends. The dual-sided game board is also a nice touch, as it can feel fresh playing a new round in Pusheen’s backyard as opposed to her house. You’ll also be sure to love the little Pusheen figure included in the game as she eagerly watches over your play.

Pusheen Purrfect Pick is a great family game for both younger and older players. Younger kids will be able to understand and enjoy the gameplay without getting overwhelmed by too many options. Older kids will also have fun planning strategies and focusing on winning without growing bored with the gameplay. The element of luck is also helpful in making it easier for anyone to become a winner.

Pusheen Purrfect Pick is playable by 2-5 players, so younger kids can enjoy playing one-on-one just as easily as the whole family can enjoy a game together. Playing time lasts between 10-30 minutes so that you won’t outlast anyone’s attention span. You can also play it multiple times in case anyone is hankering for a rematch. It’s suitable for ages 8 and up, which makes it a great game for almost all kids to play.