Only Logic Can Crack The Code With Mastermind 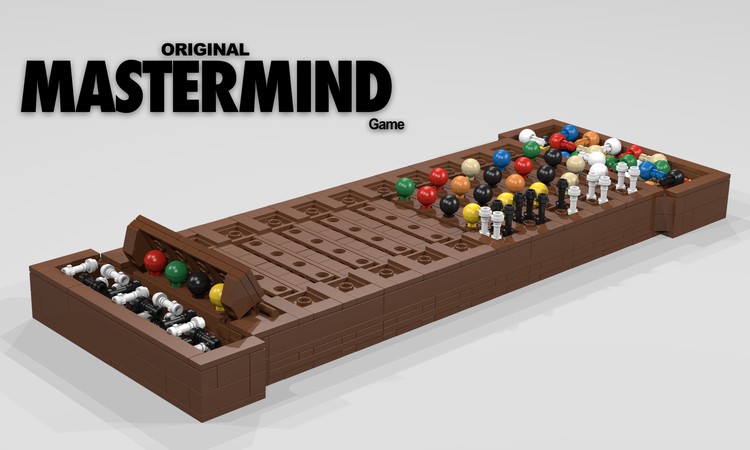 Do you love using your skills of deduction to crack codes and solve puzzles? If so, you’ll love Mastermind, a code-breaking game developed by Israeli telecommunications expert and postmaster Mordecai Meirowitz. Meirowitz invented the game Mastermind based off of the pencil and paper game called Bulls and Cows, putting a unique spin on it and swapping out the pencil and paper for colorful plastic pieces. Mastermind is a game of logic and deduction, where players must alternately make and break codes in an attempt to prove who’s the true mastermind.

Winning a round requires more than just a lucky guess, however. Codebreakers will have to build upon the information gleaned from their previous guesses in order to figure out the right combination of colored pegs. Every time the codebreaker makes a guess, the codemaker will give them feedback as to which part of their guess is correct. You may have all the right pegs in all the right places, but are they all the right color, too? Only the smartest brain can crack the code fast enough to win the game.

Pieces Of The Game

Mastermind was inspired from the paper and pencil game Bulls and Crows, but the cool little game pieces are what make it truly a standout game. Players will use a cutely designed decoding board to make their guesses, which is set up with cool little rows to place the pegs and view previous guesses. The hidden compartment visible only to the codemaker is a neat little addition that adds to the secrecy of the game.

The colored pegs are also fun to play with, as they make quite a colorful sight when you arrange them across the board. The code pegs come in six different bright colors with round heads, while the smaller key pegs come in black and white with flat heads. One of the most unique elements of Mastermind is that, since you communicate solely through pegs, you don’t even need to speak the same language to play the game!

Mastermind was released in 1972, and since then there have been several different variations that expand upon the simple peg-based game. Royale Mastermind reduces the amount of holes per row to only three instead of four, but adds five differently shaped pegs to make the game even more advanced. Mastermind44 also expands upon the initial game by allowing four players to enjoy it instead of two players.

Word Mastermind combines the logical deduction of Mastermind with the wordplay of Scrabble by forcing you to come up with four letter words for the other player to guess. There’s even a Walt Disney Mastermind that uses your favorite beloved Disney characters instead of colors!

Mastermind: Some Codes Were Made To Be Broken

Mastermind is a two-player game, although the 20-minute playing time means that you can easily pass it around and give everyone a chance to play. Players will decide how many rounds they want to play in advance, so the game really can last as short or as long as you want it to. Mastermind is also suitable for ages 8 and up, so if you’re looking for a game that allows kids to play around with the concept of logic and deduction, Mastermind is the perfect introduction.

Mastermind is a simple game with a very simple premise, although the competitive nature of the game can make for some pretty high stakes. There’s nothing like pulling out the decoding board and lining up the pegs to settle a score on who’s got the higher IQ. If a battle of the minds sounds like your idea of a good time, Mastermind is the game for you!

Set your code and let’s get cracking!