Patch up Game Night With Patchwork 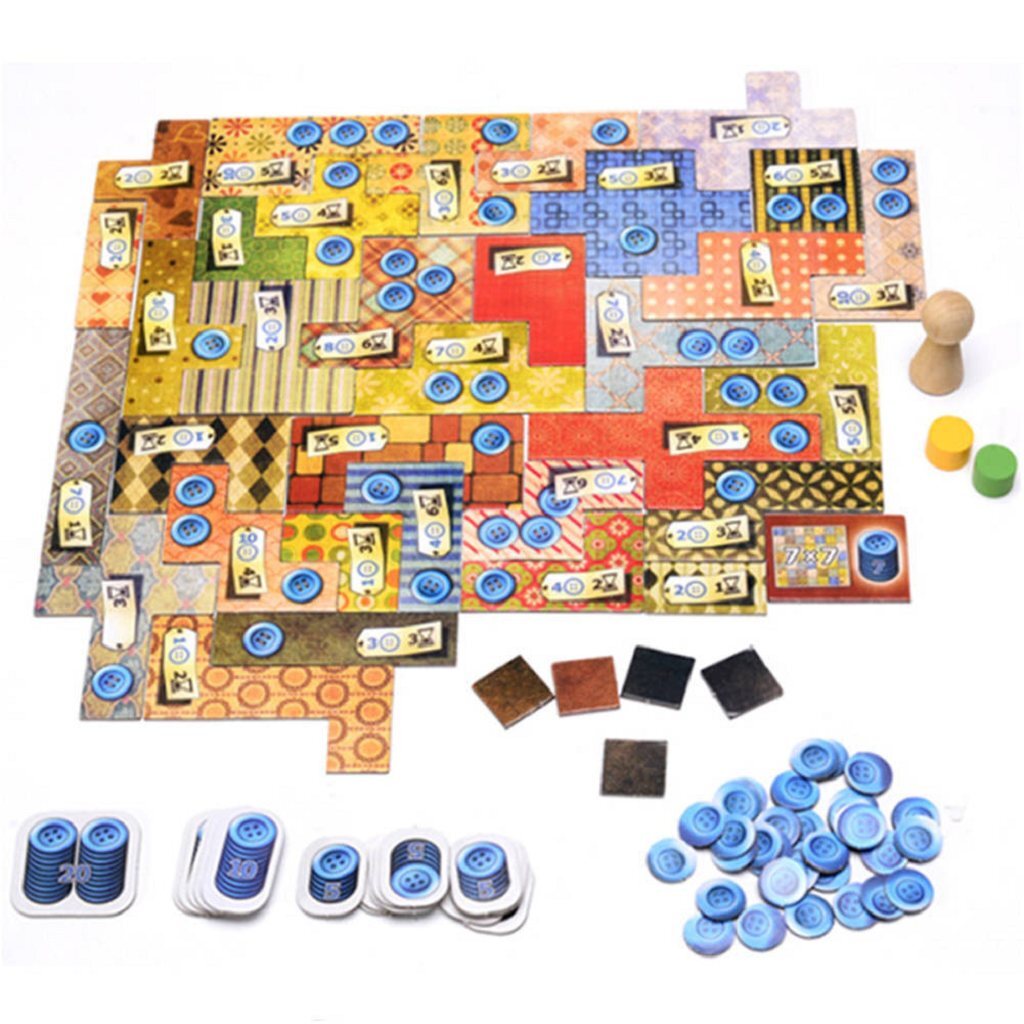 Patchwork is a strategy board game for two players made by Uwe Rosenberg and published in Germany by Lookout Games (and later also in the US by Mayfair Games). It was first released as Comtes de Fleurs in 2007 and then as Patchwork.

Following his success with Agricola, Rosenberg wanted to create one final game which would be clean enough for his family to play, but still complex enough that he could enjoy it professionally. In an interview with Washington Monthly magazine, Rosenberg said “In my head I have a vision of what I want… But if I start developing this idea, pretty soon I discover some things are not so good – maybe just not deep enough or something – and then I think of a new idea.”

In strategy games, a careful choice of moves is essential to victory. As a two-player game, Patchwork demands that players also understand their opponent’s strategy and adapt to it. The strategy in the game is having an interesting decision each turn because you have just one move each turn. Many experienced strategy gamers fail with this game because they try to win by optimizing every single move rather than maximizing their overall score over many turns. Players must decide between moving for button income or patch acquisition—winning buttons will not help if your opponent is winning more patches than you are gaining buttons!

Patches, Buttons, and Games Oh My!

There are a total of 24 patches, each with a distinct cost and color, and nine buttons placed on three randomly selected patches. The remaining buttons are passed to the opponent after each turn. At the start of her first turn, a player must either purchase one button from the board as shown below or pass. After she has done one of those two things for all five of her buttons, that round is over.

In Patchwork, two players compete to build the most aesthetic (and high-scoring) patchwork quilt on a personal 9×9 game board. To start play, lay out all of the patches at random in a circle and place a marker directly clockwise of the 2–1 patch. Each player takes five buttons —the currency/points in the game—and someone is chosen as the start player.

On a turn, a player either purchases one of the three patches standing clockwise of the spool or passes. To purchase a patch, you pay the cost in buttons shown on the patch, move the spool to that patch’s location in the circle, and add the patch to your personal board. If you cannot (or choose not to) pay the cost for a patch, your turn ends and you pass all of your buttons to your opponent.

At the end of each round, players check which patches have been completed by removing stitch markers . A complete row or column on a player’s personal board scores one point for every button still held at the end of that round. The player with more buttons in their possession then takes two extra buttons from his opponent; if both players are tied then no one gets those two buttons. Patches on incomplete rows and columns do not score at this time unless they’ve been fully stitched together and scored as such during play also. Players may use buttons held in reserve to purchase additional patches from the board.

The game ends when one player has completed two rows or columns on his personal board, having placed all 20 buttons. Players then compare their final scores—one point for every button still held by that player (“a clean quilt”), plus any extra points earned during play. The player with the higher final score wins!

Defeat your opponents with the best display of patches and buttons and buy Patchwork today.