Wingspan: It’s for the Birds 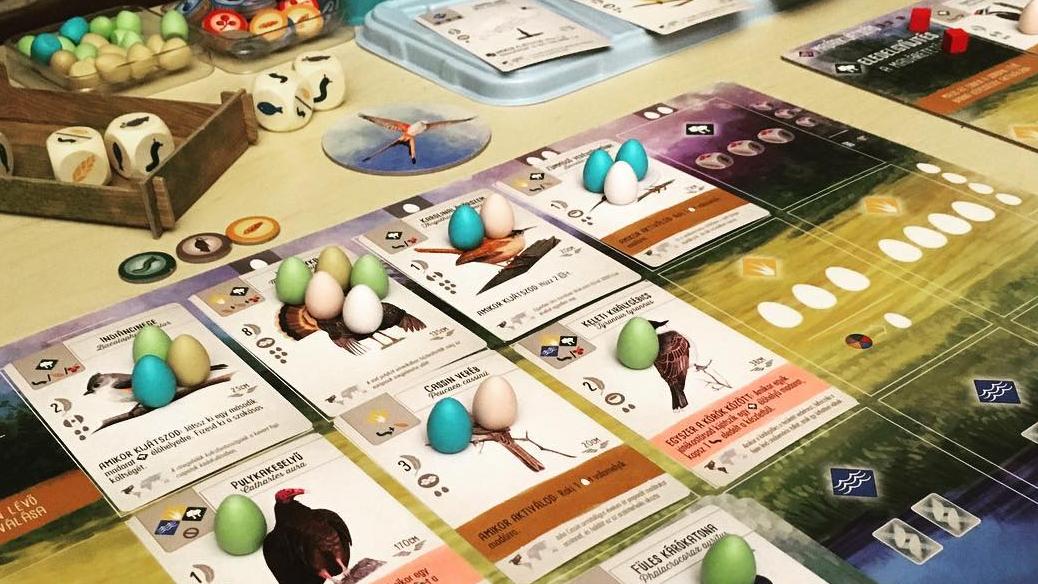 An engine builder-style board game is a type of tabletop strategy game that focuses on building a powerful player engine. Chances are you may already know this, though. That’s why you are here, right. You want to learn about one of the greatest engine builders of all time, Wingspan. However, you’re still going to get something out of this even if you don’t know what engine builders are.

Board games such as Wingspan are common examples of this gameplay style. By way of summary, the term “engine builder” refers to the construction of an engine in which one piece feeds into another with little delay or dependence on other sources. See? Simple!

Wingspan is a 2-4 player game about birds that was designed by Stonemaier Games, the creators of other boardgame favorites including Scythe and Euphoria… Seriously, this is quite the resume for these guys.

Wingspan is a relatively new game. Its Kickstarter campaign started on April 7th, 2017, and it met its funding goal in 22 hours. It ended 3 days later with over $1,300,000 dollars raised! Wingspan has had exceptional success as it drew in backers with its beautiful art style (a huge factor when supporting an independent designer) by artist Kwanchai Moriya (who has worked on games such as Islebound). Wingspan’s gameplay also gets high ratings for players who enjoy trying to collect sets of different species of birds. Additionally, wingspan has received astonishingly great reviews by the community for its unexpected depth and interesting but yet familiar gameplay.

Wingspan isn’t just a great game, it’s also an educational tool! Players learn more about birds while playing as they encounter species new to them. This terrific game can be used to introduce children as young as 8 years old, and players of all ages can enjoy it. Wingspan is also a great game for those who aren’t into “birding,” which according to the Cornell Lab of Ornithology, there are roughly 40% of Americans that don’t dabble in bird watching.

May I just take a moment to point out significantly low that number actually is? Think about it… This stat means that 60% of Americans DO dabble in bird watching. 🤯

The SImplicity of this Engine Builder

Wingspan, as stated, can be played by anyone, and is a truly family-oriented game that event the younger folk can enjoy. The game even has the ability to set different difficulty levels for different skill levels of play through the inclusion of optional card sets. Wingspan also allows players to use their powers strategically throughout the game as they try to collect sets and build them into larger chains without being blocked by other player(s). Let’s face it… Every playgroup has that one player who dedicates all of their time and effort to foiling the plans of others.

Wingspan’s potential for this level of strategy and hidden interactions is something that all board game enthusiasts enjoy. The game has also received a surprisingly large amount of praise from non-board gaming communities, such as the Reddit community, because of Wingspan’s simplistic but yet deep gameplay as well as its vast art design.

Wingspan’s artwork and card designs are spectacular, by the way. The game is simple in its rules, complex in its interactions, and deep in strategy; all characteristics of a classic, and successful, board game.

The Expansions of Wingspan

Wingspan even has its own expansion, Wingspan: Rocs and Rivals which was funded in the same manner as Wingspan. Wingspan’s Kickstarter campaign also managed to break another record (not Wingspan itself this time) by becoming one of the top five most-funded tabletop games on Kickstarter with over 7400 backers! Wingspan has been successful for many reasons, but Wingspan: Rocs and Rivals added another title to Wingspan’s list of accomplishments.

Wingspan may be an engine-builder, but it certainly isn’t anything like any other game out there. It has beautiful art, easy-to-learn rules, and an interactive play style. Wingspan is the game for every bird enthusiast and nonbird enthusiast alike.

Wingspan is a family game that will provide hours of fun for everyone! This best seller has the ability to bring people together in laughter and happiness, which we all need more of these days. Buy it today from Fantastic Games so you can start playing with your friends and family soon.