Sushi Go: Get on a Roll 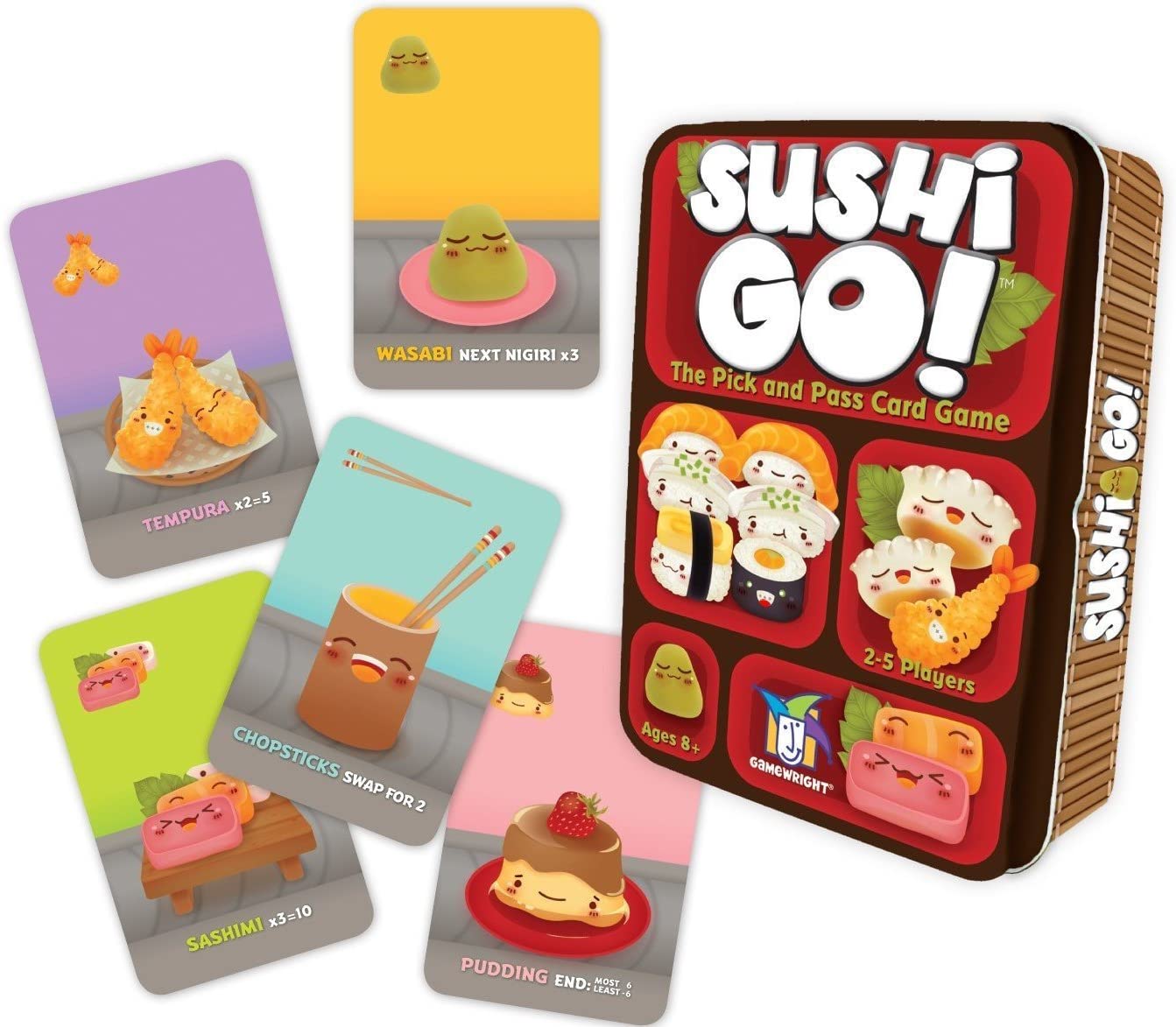 If you’re a fan of the card-drafting mechanisms of games like 7 Wonders, then you’ll love the fast-paced card game Sushi Go. This card game has the same “draft and pass” dynamic but gets rid of all of the complex rules to provide you with 20 minutes of fun. Anyone can pick up the rules of Sushi Go as you collect cards to build the tastiest dishes and earn the most points. Just make sure to save room for dessert!

The way that Sushi Go works is by card drafting, in which you have to collect the best combination of cards to earn the most points. Each card represents a different ingredient in a sushi dish, allowing you to collect things like egg, salmon, or squid to create dishes for your meals. You’ll earn different points for different ingredients, as well as bonus points for certain combinations such as steaming dumplings or spicy sashimi.

This unique method of gameplay forces you to share decks with the other players, pulling out whichever cards will boost your points while trying not to leave cards that will help your competition. You’ll have to keep an eye on what the rest of the competition is trying to build if you want to prevent them from earning extra points for things like nigiri or wasabi.

In addition to the standard ingredient cards, there are a few special cards that make the game even more challenging. Sushi Roll cards each come with 1-3 rolls on top, earning extra points for the player with the most rolls by the end of the round. Chopsticks don’t earn you any points, but they do allow you to play two cards from the deck in a later hand.

Wasabi and Nigiri work together, as Wasabi cards will triple the value of your Nigiri. For example, if you make a Squid Nigiri and add Wasabi, you earn nine points, which is triple the amount of points that a Squid Nigiri is normally worth. However, Wasabi cards earn you no points on your own, so make sure you strategize accordingly if you don’t want to end up with a useless card.

One special type of card in Sushi Go is the Pudding card, which does not get scored until the end of the game. Once you’ve finished all three meals, everyone scores the number of Pudding cards they have. Whoever has the most earns a whopping six extra points, while the person with the least loses six points.

The makers of Sushi Go have released an expansion to the original card game called Sushi Go Party! that turns your average night out at the sushi restaurant into a full-on party. This card game expansion adds 20 new dishes including party platters of mega maki, super sashimi, and endless edamame. It also allows up to eight players to join in on the fun.

Sushi Roll is a dice-based version of the original card game that lets fate decide what’s for dinner. You’ll load up a conveyor belt with special sushi dice, with each player picking one and passing the rest. You can reroll the dice with the help of a menu, while chopsticks allow you to swap your dice with one of your opponents.

Sushi Go is playable by 2-5 players, although the Sushi Go Party! expansion allows up to 8 players to enjoy the game. It’s suitable for ages 8 and up, as it’s really easy to comprehend the rules of the game. Playing time lasts around 15 minutes, but it’s pretty fun to go through multiple rounds. Buy Sushi Go today and enjoy the delectable dishes of your favorite Japanese cuisine!