Mahjong: The Perfect Blend Of Luck, Skill, and Strategy 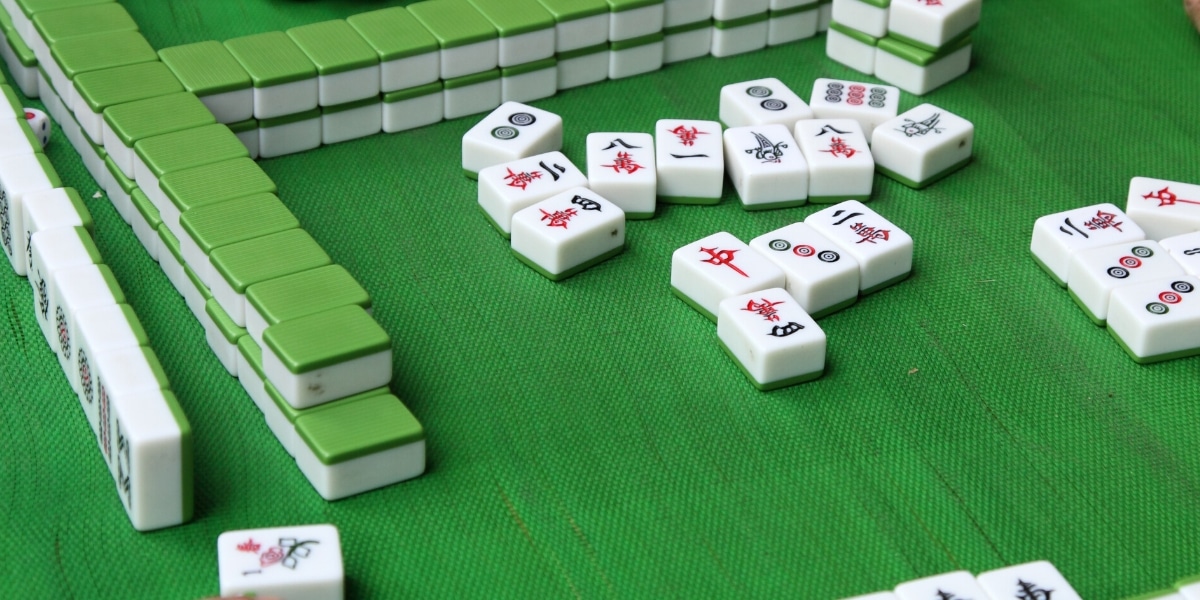 Mahjong is a game of great fun that requires more than just skill. Players will draw tiles to try to complete matching sets, drawing and discarding them at will until they have a perfect mahjong. While Mahjong is similar to the card game Rummy, its use of traditional Chinese characters,  symbols, and its focus on the directions of the wind elevate it beyond just your average game.

Mahjong goes all the way back to the Qing dynasty in China, but it’s since spread throughout the world. For every country in the world that Mahjong is played in, there is a unique regional variant. But while the rules and scoring methods may differ slightly, Mahjong always relies on the same blend of luck, skill, and strategy to win.

The goal of each round of Mahjong is to get what is called a mahjong, which is when you get four sets of three tiles and one pair of matching tiles. A set of three is called either a “pung,” which is three of the same tile, or a “chow,” which is three consecutive numbers within the same suit. The pair, however, must always be two identical tiles. Because you start the game with a hand of 13 tiles, you must achieve your mahjong by drawing the 14th tile you need to complete your set.

Although different regional versions of the game may vary, Mahjong is normally played with a standard set of 144 tiles or cards. The tiles are split into three separate categories: simples, honors, and bonus tiles. Within the category, there are three different suits that are each numbered from 1 to 9. The simples suits are dots, bamboo, and characters.

The honors tiles have two different suits: winds and dragons. Winds are separated into the four compass directions, while there are three different colors of dragons. Lastly, there are two suits of bonus tiles: flowers and seasons. These have four of each. The bonus tiles are special in that, any time you draw a bonus tile, you don’t add it to your hand, but set it aside to be used to boost your score in the event that you win a hand.

The game of Mahjong begins with all the tiles getting placed face down on the table and shuffled. Players will then stack a row of 18 tiles with two tiles in each stack in front of them. They then push the rows together to form a square wall, after which they cut the deck based on the role of a die and each takes their hand of 13 tiles. Players then go around the circle drawing tiles from the wall and discarding their own tiles into the center of the table for other players to draw.

The way that this tile or card game is played is through a number of hands, rounds, and matches. There are at least four hands within each round and four rounds within a match. During each hand, one of the four players gets to take the position of dealer. If the dealer wins their hand, then they get to go again as dealer for an additional hand. Once all four players have taken their turn as dealer, then the round ends.

Explore the Beauty of Mahjong

Mahjong is playable by 3-4 players depending on which rules you’re playing with. It’s suitable for ages 8 and up, so it’s an excellent tile or card game to use to teach younger players about strategy. Mahjong has a playing time of around 2 hours, so it’s definitely a special event any time you sit down to play a match with friends.

Because Mahjong requires you to have a bit of luck, many players think that where they sit, how they hold the pieces, and even what they wear can influence the outcome and help them win the game. Whether you’re an experienced Mahjong player or you’re learning it for the first time, you’ll be sure to appreciate the rich and beautiful history of this game. Buy Mahjong today and may the winds blow in your favor!