Chess: The Original Game Of War 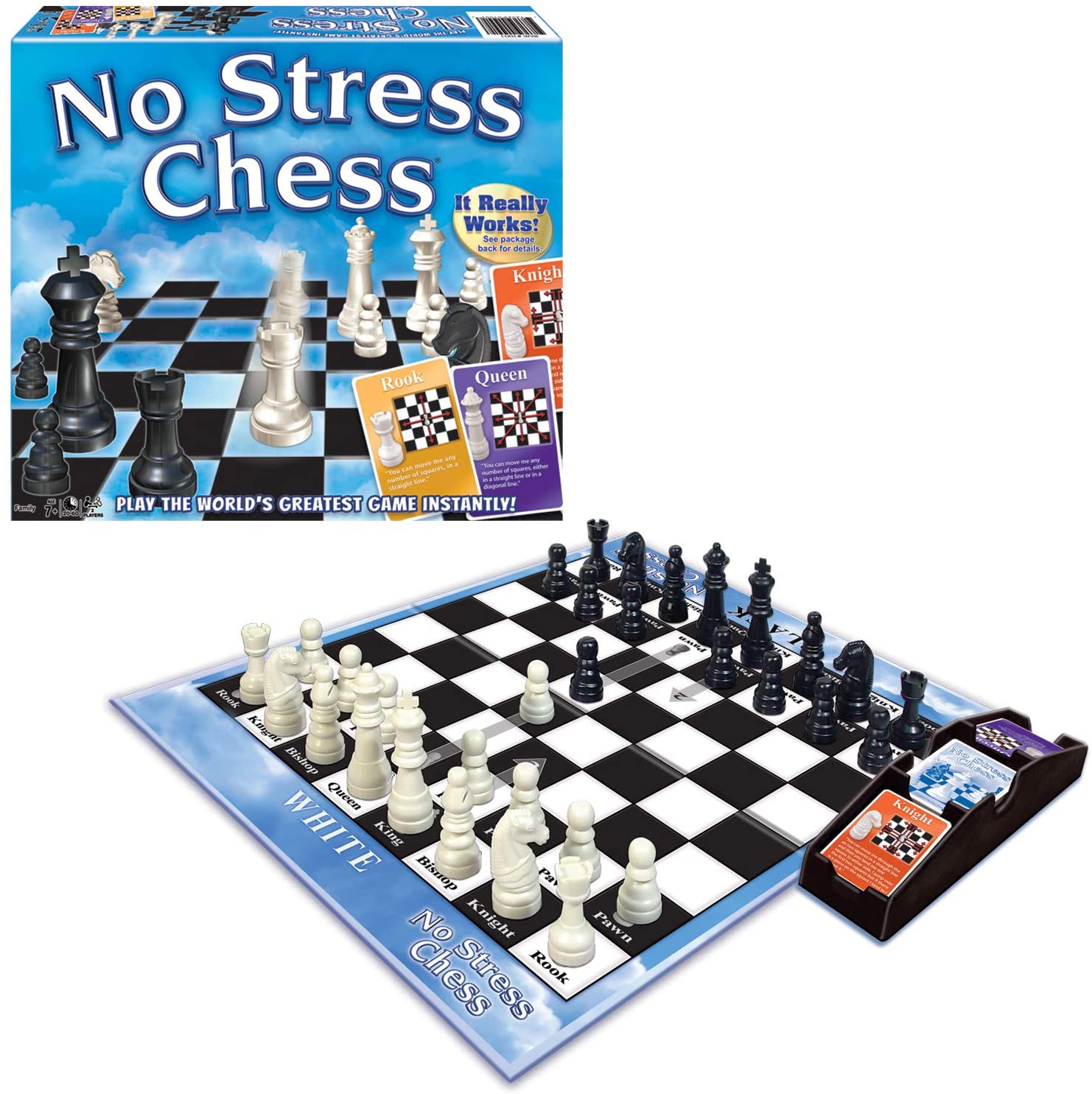 Chess is the kind of game that separates the men from the boys. While most board games try to ease in newer players as they learn the game, Chess throws you right into the center of the battlefield. Warring kings send their loyal subjects to capture the enemy’s forces and defeat their rivals in this classic yet enduring board game. The opportunity for endless strategies and maneuvers makes Chess the kind of game where no two plays are alike.

As difficult as Chess is to master, it’s incredibly simple to learn. Each piece on the board has its own unique movement that it can use to traverse the board and capture your opponent’s pieces. While the pawns can only move forward one space (or two spaces on the first move), they can only attack diagonally. Bishops can move an unlimited number of diagonal spaces, while rooks can move an unlimited number of spaces left and right.

The knight can move in an L-shape of three spaces forward and then two spaces perpendicular, although you can aim the direction of their movement either forward, to the back, or to the side. The queen is the most powerful piece on the board, capable of moving an unlimited number of spaces in any one direction.

However, the whole game is centered around the king. Although the king can only move one space in any direction, he must be protected at all costs. If another player captures your king, it’s game over. Players typically call out “check” when they’re one move away from capturing their opponent’s king, and “checkmate” when victory is certain.

Chess is notable in that there are a number of popular strategies that you can employ to win the game. While new players can certainly play without a strategy, you’ll need to think several steps ahead in order to beat a more advanced player. There have been countless books devoted to chess strategies, laying out classic defensive and offensive strategies for opening the game and capturing your opponent’s king.

Chess is also played in championships all over the world, pitting players of various ranks against each other in an effort to win titles, fame, and fortune. However, you don’t have to be a Grandmaster to enjoy the thrill of Chess. This board game can be enjoyed just as easily by two friends in the park as it can by two masters in a heated championship.

There are countless spinoffs of Chess that add new elements to the game in order to make it even more chaotic and fun. Code Geass: Knightmare Chess uses two decks of cards in addition to a chessboard that allow you to bend the rules of the game with special abilities. Players will play a standard game of Chess while also drawing and playing cards from the deck, giving you increased opportunities to thwart your opponent and get the upper hand.

Devil’s Chess is another spinoff card game that adds a deck of cards to your typical chessboard. It’s marketed as bringing Chess out of the 6th century and into the 21st by adding modern-day mechanics to this classic game. Players will draw playable cards throughout the game as well as Rule cards, which add special conditions that can mess up your game. It also adds new conditions for winning that can allow you to sneak a victory without taking your opponent’s king.

Take a Dive Into the Classic World of Chess

Chess is a 2-person game, pitting the minds of two players against each other in an incredibly intimate and competitive setting. It’s suitable for ages 6 and up, as younger players can easily understand the mechanics. In fact, younger players are often the ones who become the most adept at the game as they quickly learn new strategies and develop into Chess prodigies.

The playing time for Chess really depends on the expertise of the people playing the game. It can end within minutes if you make a sudden wrong move, but it’s also been known to go on for hours with more advanced players. Buy Chess today and put your mind to the ultimate test!