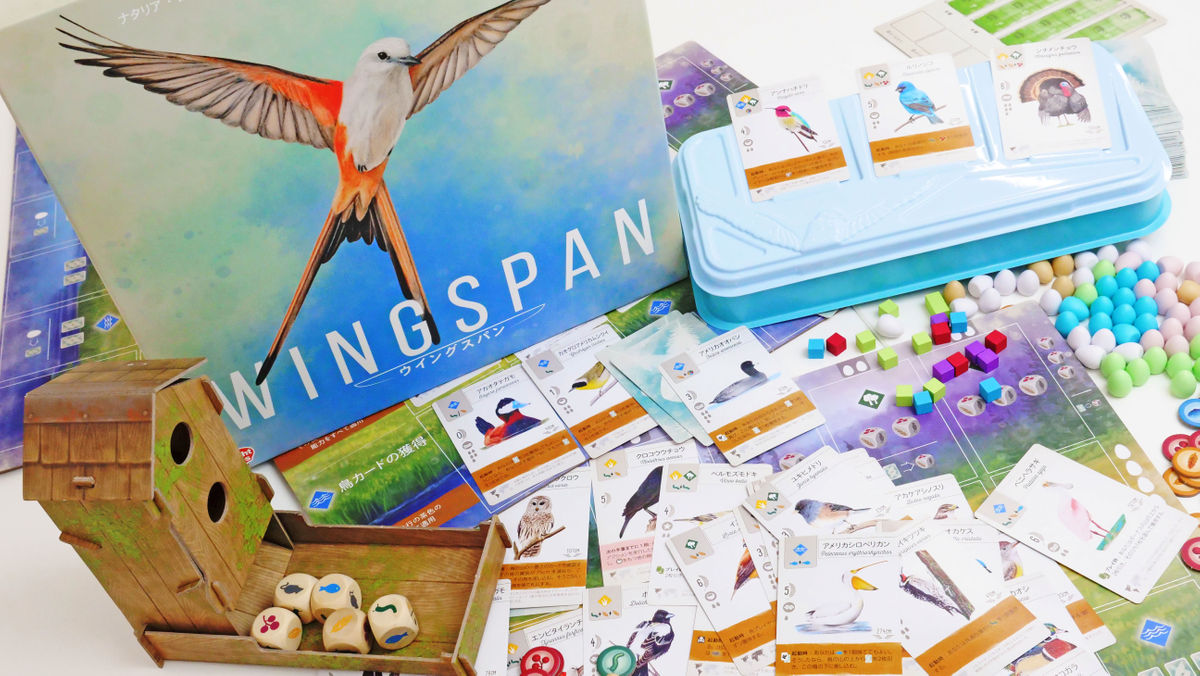 Every once in a while you come across a board game that’s so beautifully illustrated you can’t help but pause and revel in it. Wingspan is a board game that not only appeals to bird lovers everywhere but can actually bring in new enthusiasts with its artwork and accurate portrayal of bird habitats. You’ll be sure to enjoy the complexity of the gameplay as you learn more about these beautiful birds and what a bird habitat actually looks like.

Getting To Know the Bird Cards

One of the things that makes Wingspan really special is its beautifully illustrated collection of bird cards. Each bird card includes an intricate piece of artwork illustrating the bird as well as both the common name of the bird and its scientific name. The card will also include certain information about the bird in terms of how it functions in the game, including which habitat it can be played in and the bird’s wingspan.

The cards will also have important information such as the food cost to play the bird, how many points it’s worth, what type of nest it uses, and how many eggs it can store. These are all elements that will influence how you grow your bird habitat and bring other beautiful birds into your haven. Lastly, each bird card contains a color strip that indicates what special power the bird has when it’s activated.

Wingspan gives each player their own game board to use to represent their special bird habitat. The game board is split up into three habitats: forests, grasslands, and wetlands. You can play up to five birds in each area by placing an action cube above the column where you want to play a bird. You can’t just play birds willy nilly, however, as you’ll have to spend a certain number of eggs and food in order to play each bird.

Certain birds have special effects that make them either more or less difficult to play. For example, you may have a Peregrin that specifically requires fruit in order to be played. Or, you may have a bird with a wild-food symbol that will accept any type of food.

In addition to playing a bird, you have three other actions you can choose to take each turn: gain food, lay eggs, or draw birds. These last three actions are all taken by playing a cube in the leftmost empty space in the row. The more birds you play, the more you can earn by taking these actions.

You’ll have to balance playing birds against performing one of these three actions if you want to collect the most birds and activate certain bird powers. Each player has a certain number of action cubes to play per round until the end of the fourth round. Once you’ve successfully completed all four rounds, it’s time to tally up the points and see what kind of habitat you’ve built for your avian friends!

Wingspan has released two expansions that add more cards and complexities to the original board game. The Wingspan European expansion adds 81 new bird cards as well as new end of round goals and bonus cards. The Wingspan Oceania expansion includes even more unique bird cards as well as beautiful new player mats. Just as there are countless types of bird species in the world, so there are endless options for the beautifully illustrated birds of Wingspan.

Grow Your Habitat with Wingspan

Wingspan is playable by 1-5 players, which makes it a great board game to play on your own and learn more about the joy of bird habitats. It’s suitable for ages 10 and up, so if you’re looking for a bird game to get kids excited about animals, look no further. Wingspan has a playing time of around 40-70 minutes, which is a decent chunk of time to get to know its world.

Wingspan is one of the more interactive board games that leaves you pondering the beauty of the natural world. However, it definitely doesn’t skimp when it comes to the fun and complexity of playing the game. Buy Wingspan today and enjoy the fascinating life of birds!