Kill The Unicorns: A Fantasy Card Game With A Twist 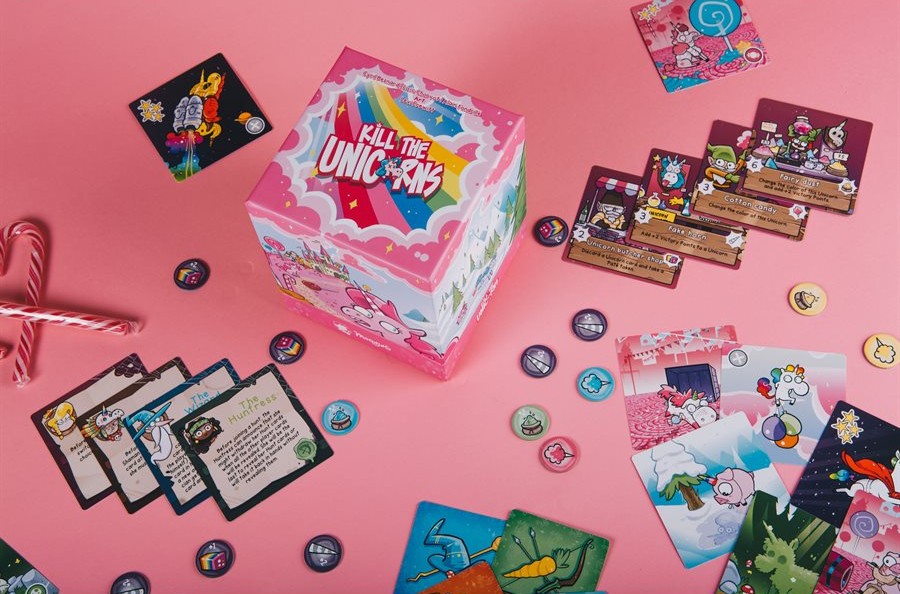 Unicorns are the mythical creatures we all wish really existed. Beautiful, elegant beasts with horns of ivory and rainbow manes, unicorns are a staple in many fantastical games. But in Kill the Unicorns, these silly creatures are public enemy number one!

The game is set up in four rounds, with each player taking a turn drawing and playing their cards to try and trap the unicorns on the table. There are 4 Unicorn Cards on the table each round, and the goal of the game is to win the most points by catching the most unicorns. However, you want to make sure you avoid the pesky Pigicorns or smelly Unicorns, as these can set you back!

The first thing you do on your turn is to draw two cards from the deck. It’s up to you to decide which one to use and which one to discard. Each unicorn has its own number of points, which you’ll want to collect in order to win the game. To win unicorns and earn points, you’ll bet Hunting Cards on the unicorns you want to catch.

From your hand of 8 cards, you can lay down 1-3 cards per unicorn during each round. Later players will have to match your same number of cards if they want to compete against you in hunting the unicorn. You can also use Trap cards to slip up the other players, forcing whoever catches that unicorn to deal with whatever misfortune you’ve created for them.

Once all of the unicorns have been bid on, the Hunting Cards are revealed. Whichever player has managed to compile the highest point value gets to catch the unicorn. However, they’ll also have to take any of the trap cards that go along with it, which can interfere with your strategy. Some traps can even flip the narrative and make it so that the lowest point value catches the unicorn, so there’s no telling what can happen in the world of Kill the Unicorns.

Going to the Market

One of the most intriguing parts of Kill the Unicorns is the market, where you can purchase accessories for your unicorns with leftover cards at the end of each round. These accessories can be things like wigs, which change the color of your unicorn and allow you to make a collection to earn extra points. You can also use your special Character Power to help you catch the unicorns, but you can only use it once per round, so choose wisely.

Bluff Your Way to the Top with Kill the Unicorns

Kill the Unicorns requires quite a bit of bluffing in order to fool the other players and capture those unicorns. When you lay your cards down on the unicorns, the other players don’t know whether you’re trying to make the most of your bid or whether there’s a deadly trap card hiding underneath. You’ll also have to keep an eye on the other hunters’ unicorns to make sure they don’t make a full set and earn bonus points.

Kill the Unicorns is playable by 3-6 players, so it’s definitely a group effort rather than a game for couples or for playing alone. It’s suitable for ages 10 and up, which makes it a fun adventure for adults and kids to play together. It has a playing time of around 30-45 minutes, so you should be able to get a decent amount of fun in before the game comes to a close.

Kill the Unicorns is notable for being silly and irreverent while still enjoying all of the trappings of your typical fantasy game. By taking everyone’s favorite majestic creatures and turning them into prey for the taking, this card game is a delightful twist on classic fantasy. Buy this card game today and enjoy happy hunting!