Villainous: Make the Villains the Heroes of Their Own Story 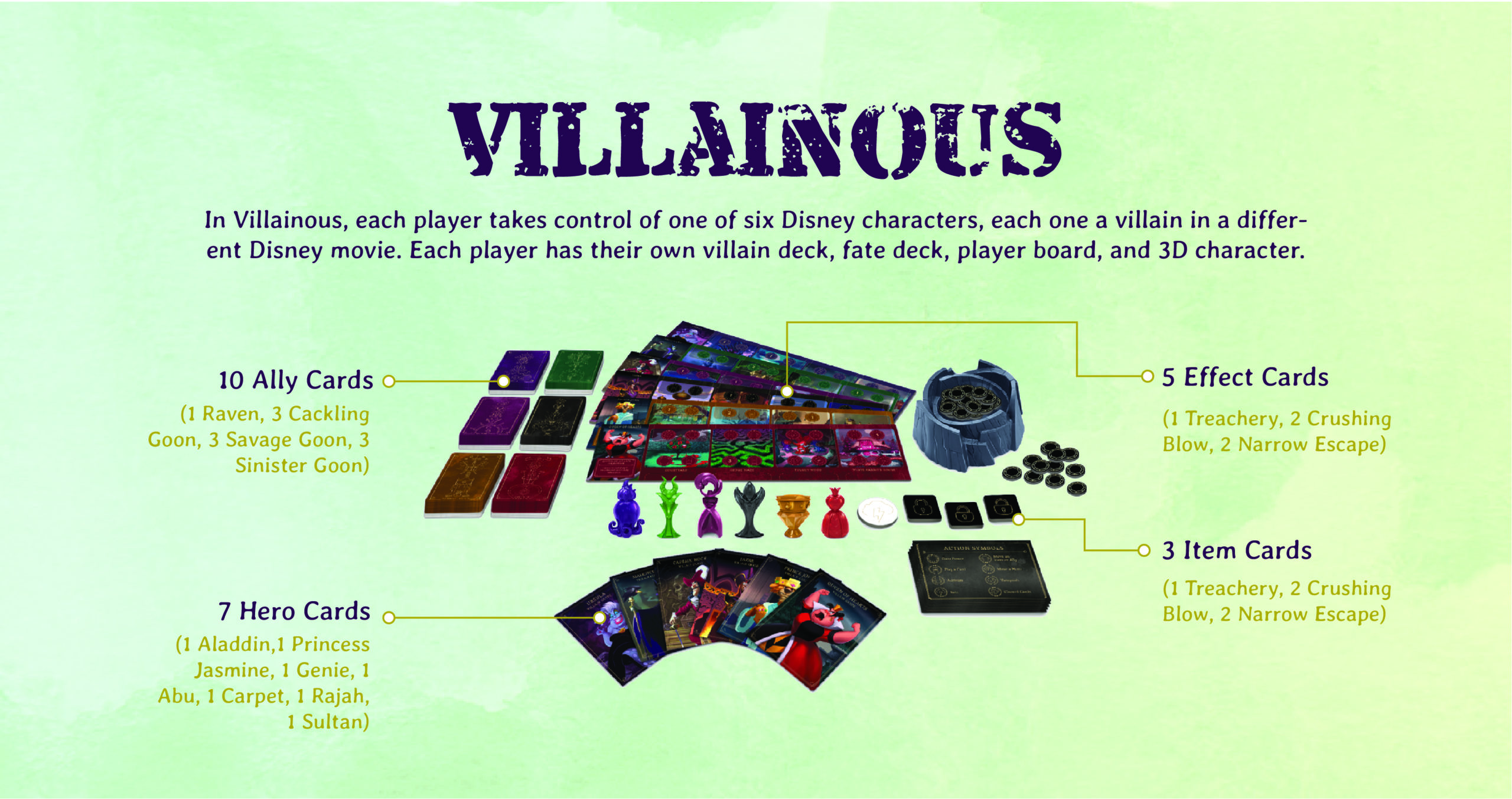 If you’ve ever watched a Disney film and felt that Maleficent was unfairly vilified, you’re not alone. Villainous is an enchanting card game that takes six iconic Disney Villains and turns them into playable characters. Meddle in other Villain’s objectives while pursuing your own malevolent desires. You’ll have a wicked good time with this card game that was made for the Disney lover in all of us.

How It is Played

Each player gets their own villain deck, fate deck, player board and sculpted Villain character. Take turns playing cards that either fulfill your own win condition or mess with other players on their boards. True to its name, Villainous is a game meant for the ruthless; the more you’re willing to stab your fellow players in the back, the truer you are to your character.

Villainous is meant for ages 10 and up, so it’s a great game for either families or parties. Anyone who’s grown up watching Disney films (and really, didn’t all of us?) can enjoy this fun card game. This game is particularly awesome because of the unique twist in making the Villains the playable characters of the game. We all know what it’s like to root for Ariel to get her voice back from Ursula, but what if you’re suddenly Ursula and your main objective is to rule the seas? Indulge your darker side and see how it feels to be Villainous for a change—you may never go back!

If this sounds like something to take your fancy, buy it before someone falls asleep for good…